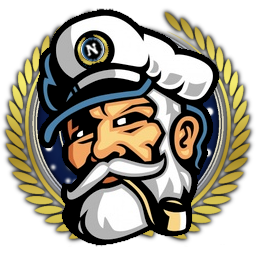 Basically what I understood, for the Shimmer Reverb you need to stack different levels of effects:

I started with the BLDRUNNER SubSynth preset and gave it a wet reverb with everything on max.

Then I took a modular and used this as Machine Input (Send Notes ON) and mixed its Stereo signal on each side with a FM-Pair, both 1 Octave higher , detuned a little bit against each other, added a little bit of feedback and the DADSR Envelope set to a small Delay, a little bit Attack and Max Release.

I routed the output over a Resonance (2x) Filter (because stereo), with lower Cutoff and a bit higher Resonance to dillute the sound a bit.

Finally I added again a wet Reverb and a Chorus in the Effects section.

It is already quite ok, but I am not fully satisfied with it. Maybe someone has an idea how to improve it, especially since the modular can route polyphonic signals, but the mixed in FM-Pair is still monophonic, so playing chords is painful. If there was a way to cut a specific note out of a played chord, I would let multiple modulars handle single notes of the chord and mix them together later. But I haven't found a way to do it.

Maybe, get rid of the FM pairs and replace them with inputs from other, polyphonic, machines. There aren't too many detuning options there, though. You could try running one of them through a vibrato insert. Or a bit of pitch modulation from an LFO, if It's available.

Right, good idea to use the LFO for Pitch Modulation... or even an EG to lift up the pitch.

You're welcome. Funnily enough, I've been mucking about with a lot of stereo, modular, fx, of late. Something worth knowing about, and doing, is using and abusing the inherent latency in this machine. There's an, optimum, left to right, top to bottom, signal flow. An example. Bring in an external machine and send it left. Bring in second machine, and 'upstream' the audio through a module, or two, which will introduce a, short, delay, before sending it right. Lag processors with Rate, fully, clockwise, are good for this. Two signal paths for one unit. With a dash of pitch mod on the second machine, things can get, very, chorusy.

I like how y'all describe two go thru this
I need two get back two understanding this. Worth saving.