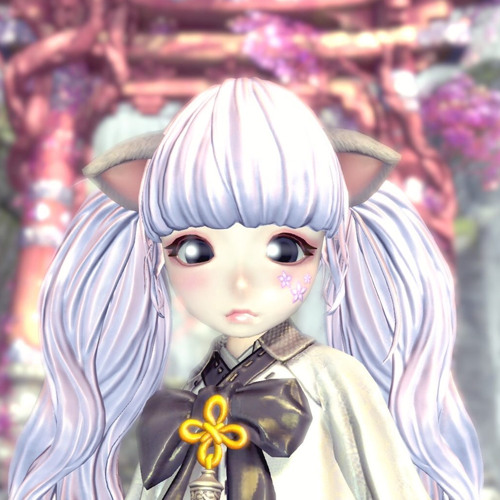 Does anyone know and could explain to me, how can i make Amen Break in Caustic? :) Thank you guys so much in advance

Well, unless you just wanna do mechanical paint-by-numbers copies of copies of copies.
IT IS A GOSPERL SONG, CALLED ''AMEN''.
Learn the song by listening to any and all versions? African American Christian spiritual song it is. And Brilliant at adaptability, and is built up of a basic four part polyrhythm (EXACTLY like a percussive version of 4 vocalists doing a four part harmony.. DOO WOP but in any style you want, in this case ''Amen'' the gospel R&B song... though it is more of a 'catalyst' than a song as such, as it was evolved to be a template, or foundation, or groove to go underneath whatever the ''spirit'' was flowing like that morning, or whenever. So is ''designed'' to be done with what thou wilst. Which is WHY it is a polyrhythm. Those four parts can be learned by each member (or yourself). And once you all know them backwards, it doesn't matter who plays what and when. stay in half, on, or double time, and in key (or anything else if texture is needed)
The way to learn is definately to youtube (mostly old vintage R&B/gospel ones are better due to pop not being developed enough to f*ck it up yet) and by getting a grip on the ACTUAL song/groove with groove being POLYRHYTHMIC [generally] four part harmony percussion patterns that if the ''musicians';' are too arrogant or stupid to have learned, then are INCAPABLE of playing it without it just being learned by rote, and not self-fractalizing and really playing it. Like Mathmaticians think the universe is numbers. EEJITS! that is DUMB as FICK man. Take a measuring rule. Measure a 'thing'... and does that mean the little marks on the rule that indicates the increments of measurement ARE the thing you just measured? Nope! It sure ain't. Likewise, gospel isn't even about the notes teachers tells you, or anyone can. What they are telling you is just various ways of measuring what it is that IS actually going on, but isn't it itelf...
One line, generally, but not always, or not always all of it (first bar of it might be used for bass notes, next bar of it, mid? up to us) is almost exactly the same as the bass/kick line in Diana Ross ''Can't Hurry Love'', Iggy Pop ''Lust For Life...Another is prettty much a mash-up of cascara and clave (IMPORTANT universal parts) But again, these are only lines on a rule. YOU do it.

So, learn the song always (even though it ain't really a sing but a groove for using for songs), and if the Winstons is the version for you LEARN IT!
When the weather is good, i grab a BIG pile of drums, head out to a social park, and get a good hefty bluetooth running, and put whatever i need on a loop, and don't stop, but for smoke and snacks, and liquid, for around 8 hours. Do it different every till you ''click'' on to the parts.
Or get a tutor. But that kinda sucks, and tends to make clones. (Always natural talent whether tamed or feral, to be sure)
there ye go... life changin stuff that man!

(oh, also in short, DO YOU WANNA JUST CARBON COPY wINSOTNS? or learn hoiw to formulate YOU doing it?
(learn the SONG)

first of all the amen break is not polyrythmic, it's all based on 16th notes, no one has ever written an original song, sampling is transformative, and drum and bass in particular i would hardly call a carbon copy of the winstons' amen, brother. anyway lol

here's a nifty little thing i use a lot. i've taken the amen break and sliced it up with multiple copies of each drum. i placed my kick samples on c2, c3, c4, and c5. i set up a modular to send notes to the pcmsynth, and added an arpeggiator set to random, and 4 octaves. now, if you play c2 on the modular, it'll randomly pick one of the four samples! the rest of the drums are as follows:

the great thing about that is you can start with this preset, and slice new breaks by replacing each sample, instead of going through the process of laying it out again. then you can easily switch between breaks. note that if you try to trigger more than one sample at a time, it'll choose between them rather than playing both. you can increase the polyphony of the pcmsynth and play notes directly on that if you want to play more than one at a time

i also have some stylistic notes for drum and bass, since i'm just learning the genre, if i can go off for a bit lol. i'd say the ghost note is what makes dnb sound like dnb, so check that a break has a good one before you start slicing if that's what you want, it'll save you a lot of time lmao. i'd also recommend listening very closely to drum and bass music and recreating the grooves you like, it took a long time for me to understand what parts really make it tick. beyond that it's all about experimentation and practice. what things in the beat can you shift around and change before it stops sounding like the same beat? how stripped down can you make it before it sounds boring? how much stuff can you jam in there before it sounds like nonsense? pcmsynth has pitch controls btw those are fun. it's important to know when and how to lower the excitement, too, going all out all the time can get boring if you're not careful

Oh my God. Thank you so so much for this reply. I will study everything you said and sent me. Answering your question, to be honest, i dont know if id rather carbon copy or learn how to formulate, because i dont know what that means honestly. Haha, my native language is not english, but i assume, that the first one is like, sampling short patterns of drums, and second just draw the notes in Modular? I tried googling some forums here in caustic, downloaded two songs that people uploaded here (to learn and study how they do that), people drew these notes, tried it myself but mine still sounds awful. Also, whats really bothering me is that in Modular, when you put two notes in the same column, they dont play together, just one of them. And that ruins kind of the whole thing. My dream is  to achieve this:
https://www.youtube.com/watch?v=GT4uAyqzlWQ

To be honest, even if i was making music for a long time i still have trouble with mixing in Caustic.

Nitro27, thank you so much, I will download that and will study that too. It really sounds difficult. Can i ask you to send one of your songs, because i really want to see how people mix and play with effects in caustic. I wont steal it, i swear :) Here is my soundcloud https://soundcloud.com/reique

feel free to steal it if you want, it was a lot of effort lol! i wish it were easier to copy patterns from one song to another, actually. the style i was going for needed enough variety that i just did it all in the song sequencer. i think the important thing is to pick some points in the measure to accent and keep the full snare hits on those every time, basically everything else in the measure can change to create variety. with the amen break i think it's good to keep the ride hits on the eighth notes and ghost notes between them, like how it was in the original.

Wow, Nitro, well said, Ive been making drum and bass in Caustic for years, my method of chopping breaks differs from yours, but learning new things is what life is all about. So im going to check out your posted tracks and learn something new. Thanks for taking the time to answer the OPs question.

As check out the posted year of these post.

This has been a very common topic.

just had a further wee thought there as i breezed past in forum index;

I personally found the WORST way to learn Amen is to focus too much, or at all, on the jungle/D&B versions.

why? well, they obscure what lies behind the ACTUAL groove, and usually (these days) performed by folk who've never acttually heard or understood it, but only from within the masses of generic cut-ups and chop-ups and mash ups (usually of the last second to half a second of the 'break' (for those still learning terms, that's the drum 'break', or drum solo a few sections into the song-since it is the instrumental version of a song from church)), so really are just creating things which aren't at all the actual Amen groove/break itself. And not that this invalidates their work, BUT it can seriously hamper your OWN interpretations.
So it's best to download a copy of Amen Brother by The Winstons, chop out the whole solo. And perhaps if needed, since it's well out of timing in the sense of NOT being on grid like techno is in your DAW, for example, and time-stretch little bits so it gives you a straight smooth loop.

Once your happy, and have the whole break on a loop, then try opening it as a channel in your DAW, then open up a drum machine and play your own beats in where you want, till you're happy enough to fade out the original loop.

I love learning that way when i need to learn stuff from other people's work. And helps give you confidence in formulating how YOU do it.

Painters do the same when they need to, say for example, learn how Van Gogh created his dabbing style, untill they can formulate their own ways to do it.