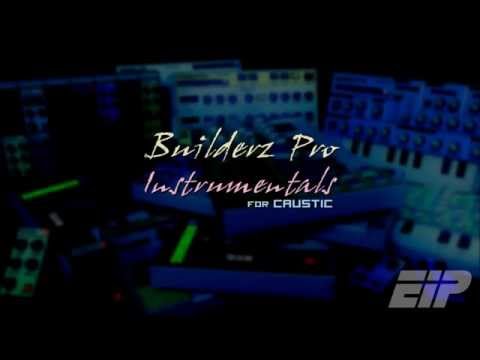 This is the first kickoff sneak peek of some amazing stuff I have coming for you guys from my upcoming Builderz Pro content pack for Caustic.  This will be a breakthrough method building several elements of sound, effects, and music together in a single super-preset.   All of these "presets" will be delivered in SongFile format. 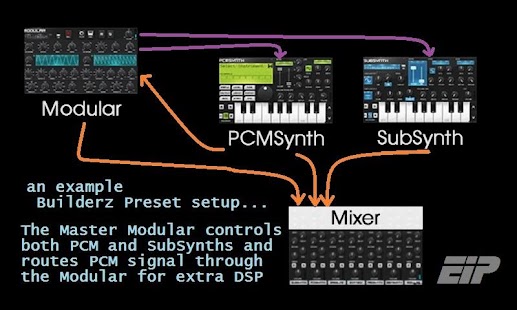 Arctic Sun is one Preset that uses the Modular as a Master to control two PCMSynth machines, each with their own sounds, and routing of effects independently, to create a huge lush sound.

Enjoy a sneak peek, as I prepare more demos and ear candy for some really awesome new ideas and methods, and really testing out some personal audio theories of mine, that I can now experiment and easily impliment using Caustic.  I am very excited to how this project will come out in the end, as I think will be the biggest thing ever created for a mobile music production app, and you'll get it right here. 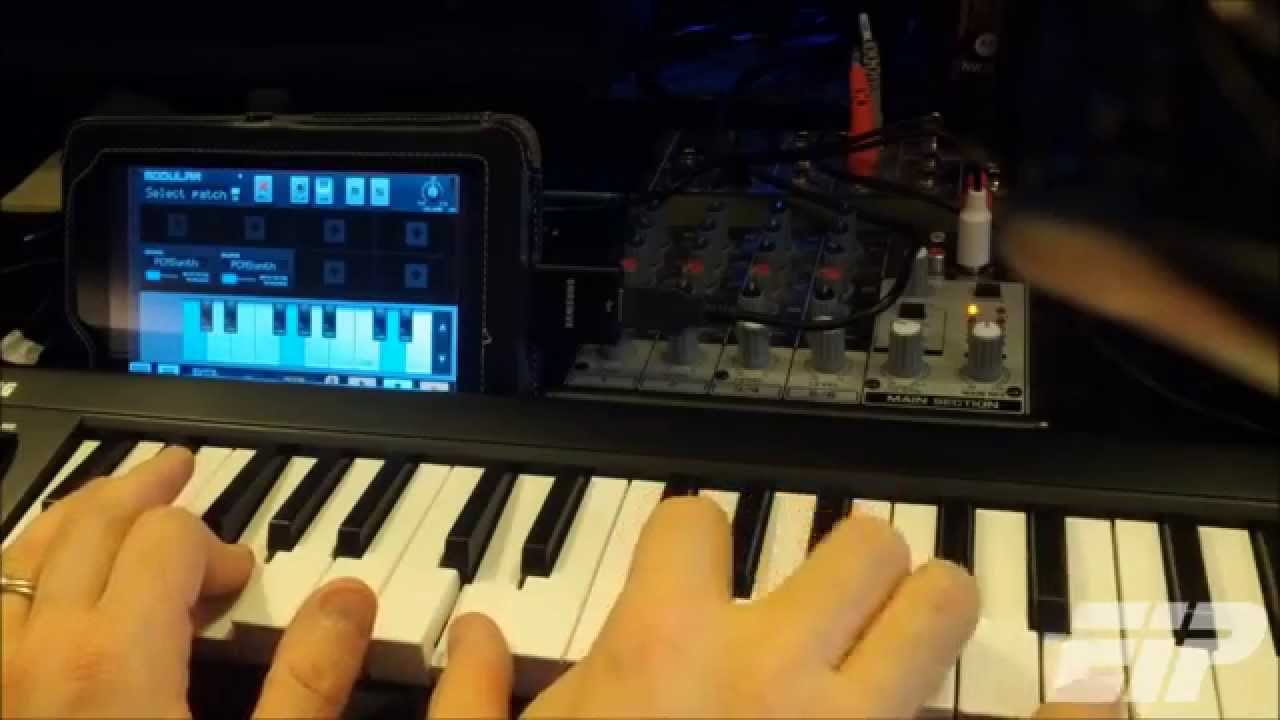 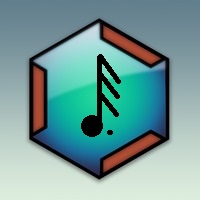 I could not resist the temptation :  just messin wit ur tunage :)

If you throw a nice rolling B~line in! Or what ever or who ever !

Thats if JB does not mind us tampering wit tune  ;) lol

Hey that's totally OK!    That's what these demos are for.    All sounds in the Builderz Pro will be delivered in SongFile format.   Using that, you would build the rest of your machines and drums etc... to make your song.

I checked out your song.... You took the Builderz Preset, and built on it to make your groove, I bet it only took you a few minutes, didn't it?

This is exactly my goal....

a lovely riff ' from thee Caustic Warrior ;) there's to much emotion in that riff to be ignored

hells bells it would be a crime not to build from such a starting point ........ Lol

Demo Preset #3:  Trance It.   Master Modular's Cutoff/Resonance controls the filter effects on this preset.   PLAY in Pattern Mode to activate the trance-gate effect; also place Pattern A1 from the PCMSynth's "Tranci P1" into the Sequencer, lengthen pattern as needed for your song.

​Use your imagination on this one.

Many thanks JB " for passing over some more goodies !

.... as tested and featured in my SoundCloud-hosted track "Isosceles"...

You just can't this level of living breathing character in a "super preset" with playing stereo samples......... just sayin'....

Check this thread for a handful of demo presets via SongFile......

No, but it is 100% compatable with 3.2 and future updates to the host app.   I haven't decided if I will make another library and exploit the new features that we have now....   I'll have to think about that one.....

Why is it that when I try to download these files that I get page not found?

@ invalid because this third party developer has stop with the production of all of the website had two offer. All sample preset of this r only share thry individual files. But but packs??? Nahh. Free downloads?? Hell no!!! I had two buy mine.

U just caught the influx of people's lives change and they move on with life.

E.i.p.ohio studios was 1 man individual like the developer of caustic.
A family man with business was last priority.
U missed a helleva friend.

@ invalid if u serious on production of sum tracks i will collab with u. And throw a few but not alot. (( Email is user name )) u use gmail too. Right??? Android??

You assume a lot. The demo packs are still available on my google play account from years ago when I purchased them. Not to mention it is relatively easy to download them for free with a google search. I was just asking why the .caustic files are no longer hosted in this thread. I mean, if someone uploads them, why not leave them?

@derrtiblu, Anyway, I was just hoping to understand the way to work with these a little better. I would be totally up for a good discussion and some file swapping examples. I managed to get some creations from caustic ro be noticed by the right people, and they were published and released by a cool label and great distributor. After using caustic for so long... there is still much for me to learn. Lets start here, at these special demo packs, maybe when I understand them more I can use them to their potential. And as far as family goes. There is a larger family that cant be ignored.

I remember jason sayin' something on he will not be able two give his full support.

and itmay show sum neglect on what is coming from builder pro series has similar to caustic is right now.

it was a separate post on this matter idk if i had commented on it.

They expired as being something free.

Once maybe possibly a re release of these in a paid setup. Just my re thinking what u asking for.

I do have sum theories of what is going on with caustic.

Something not on android. But something apple does use and have. is a game changer.