I cant find the option inside the software so I guess is not implemented.

I want to use Caustic for live performance sequencing, sending midi to my hardware synthesizers. Is this possible? Dou you have plans for this?

Im a little worried about the Caustic current state (last update was 8 months ago).

I'm a little bit more worried about the statue of Liberty.. It's not been updated for.. how many centuries, yet ??

Don't need to be worried for Caustic.. It is already a mature app..

No, you can't send midi out.. In fact, I think your cell phone or tablette can't..

The thing you can do is "export to midi"..

Just for clarification, almost every phone or tablet with OTG support can send/receive midi. In fact there are some apps with such ability: G-Stomper, N-Track Studio, and Audio Evolution.

Yes.. Sending midi is one thing.. . But sending midi in real time without too much latency is another thing..
This is also true for midi receive ..

"But sending midi in real time without too much latency is another thing..
This is also true for midi receive .."

True for apps that use a pre Android M based MIDI driver.

Sending and receiving MIDI in real time works absolutely fine when using the new MIDI API that was introduced in Android M.

> Sending and receiving MIDI in real time works absolutely fine when using the new MIDI API that was introduced in Android M.

What is your percentage of M+ users?

Is a Muser the male of a muse ?? In that case I suppose the ratio is fiftyonefourtynine (good Angela at my.. no, it doesn't work..) as for most human species..

"What is your percentage of M+ users?"

It varies across the apps..

Speaking of midi export, is there a way to customize the midi bank each individual synth exports to? I've noticed that every synth except the beatbox exports as piano (and most if not all beatbox kits are not GM mapped) which which is less than ideal

I've been asking for this feature for a super long time (my whole studio is based around MIDI), and I know for certain that there's been some amount of work/thought put into implementing it.   I think this thread largely nails the hold up: latency.  The challenge with Caustic is that one of the design goals (AFAIK) is that it aims to be a full-featured music app that works on EVERY android device (within reason obviously).    And it's true, you can do caustic surprisingly well on surprisingly old hardware.   This old hardware, however, would in NO WAY be able to keep up latency-wise with a realtime midi->USB->App->usb->MIDI path.   I have to assume that it is because it wouldn't work well for a lot of users that Rej opted to not include it yet.

I've theorized (dreamed?) that Rej has all the code written and just sitting around waiting for the vast majority of caustic's user base to get on a recent enough android version that we can safely assume it will work for most people, and then he'll include it.  I hope :)

I have thought, however, that he could implement it now with a change:  what if it is measure-offset like the ReaJam  interface in the Reaper DAW, where it synchronizes over the internet by waiting till the next measure (so remote clients are essentially one measure behind).  It's surprisingly easy to get used to, and although it takes playing differently, DOES allow for very effective realtime sync and collaboration even over the internet.   Doing it this way would dodge the latency issue nicely and do it in a way that any device could keep up with.   And then maybe there could be a "Realtime MIDI Out" checkbox that was NOT checked by default, and popped up a "I acknowledge that this beta feature will only work correctly on new/high-end devices and won't expect support getting my latency tuned properly" window when you tried to change it.  There.  Now everyone is happy and people quit bothering Rej about MIDI out ;-)

Of course this is all easy for me to say, and I know from lots of firsthand experience how life/kids/dayjob/etc can really derail you from focusing on projects like this one.  I guess i've been assuming Rej landed some other job or something that has diverted him away from full-time caustic dev for the time being, and that eventually he will get back to it.  Either way, even without an update in 8 months, caustic is STILL the best music app on android, so no complaints here.

G Stomper Studio has midi out over USB, but the app's user interface and flow is nowhere near as good as Caustic. Although, it is an awesome feature to select an instrument that is midi out only. There is a linux open source tracker called Protrekkr, which has a pattern and song based midi implementation. It is the precursor to Renoise and has midi out. LMMS is another open source project with full round midi. I wish it was as easy as Rej copying the code into Caustic. However, Caustic has features that are not midi compatible. 303 style slides and accents do not export to a midi. Pitch bend and velocity could be used as lesser alternatives, but it might require a major architectural change.

I hope Rey gets to read this but I really wish Caustic will have midi out so I can route it to BeatMaker and use AU synths!

I love the Caustic workflow and it's sequencer.. it's so fast.. 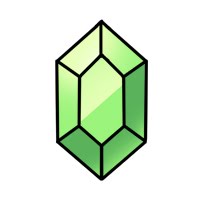 Speaking of midi export, is there a way to customize the midi bank each individual synth exports to? I've noticed that every synth except the beatbox exports as piano (and most if not all beatbox kits are not GM mapped) which which is less than ideal

Hi, I have this same question, I know, it's a little late but I'm a midi noob and I want to start producing midi tracks using caustic. How can I determine which "sound" (i.e. piano, strings, etc.) is stored in the exported midi file instead of the samples / synths I chose while composing the song in Caustic?

Any help would be appreciated. Thanks.

I haven't seen that such a function exists in Caustic.

For the drums Rej provides a GM drum set as a PCMSynth preset.

Hi and thanks for your answer. If no such feature exists in the DAW, how can I control which midi instrument is played in the device/program that plays the midi file? The info has to be stored somewhere, right? When does this happen? Thanks!

when you export a midifile from caustic, you'll get only the notes, no program changes aka PC messages.