Fairly basic stuff here, seasoned synth-ers will not find anything exciting or new here because this tutorial is designed for new users of the modular and people new to synthesis in general. There are many, many ways to build a bass sound in the modular, this is just one. The layout of the .Caustic file here is a step by step look at construction, starting with the first modular and moving left to right in sequence.

The goal here is to demystify the modular and it's components in a hands on way. Special attention paid by the user to the Envelopes may produce an "AH HA" moment for some.

1) In an Envelope (such as a DADSR ) When the Sustain is set all the way up it cancels out the Decay. ( Also important to grasp is that while Delay, Attack, Decay and Release all make their effect over time, as a note plays for example, the Sustain does not, it is level based.. i.e constant; if not set to zero)

2) If the Cutoff of a filter is set to it's maximum level (all the way open, metaphorically) anything you have plugged in to modulate it, the cutoff, will have no effect.

Anyway, I started wanting to create a biting bass sound but one that still had some roundness to it. Here goes...

I have added a waveform generator (to make sound) and a DADSR envelope to control the note it plays. No settings adjusted.

I set the Attack, Sustain and Release to a typical Bass shaped envelope on the DADSR.

Hear the clicks when each note is triggered?  icky poopie... I added a filter and another DADSR Envelope plugged into the Cutoff and Res inputs (on the flip/back of the filter) Ok, problem solved. You can play around with the cutoff and res knobs at this point to check em out.

Here I add a Crossover/splitter. you won't hear much difference now, but later we will be able to use this as sort of an EQ. You can skip this step if you don't care to do that.

Here I have added a mixer and set both the Low and High from the Crossover into it because I want to be able to have a little more mixing power. Again, this is unessential.

Let's dirty/thicken our Waveform Generator up a bit, Here I have sent the output of a second (new) Waveform generator to the both the Sync and FM inputs on the flip side of the first Waveform Generator. NOTE THAT I DO NOT SEND THE SINGLE FROM THE NEW WAVEFORM GEN TO THE AUDIBLE OUTPUT... this is being used as a modulator on the first Waform Gen. Also note that I have connected the note of the CV to the Note of the 2nd Gen.

You can try playing it with just the FM or just the Sync plugged in, too.

Ok, I want to get that biting sound I'm after so i had a third Waveform Generator, hook up the original DADSR to it's Mod input and add a mixer so that I can hear both my Generators. I plug the Modulating Waveform generator into my brand new Waveform Generators FM and Sync in as well. I want them to mush together. Note that I have tuned my new Gen down to -1 octave... getting more bass in the mix.

I now tweak the settings on the flip side of the DADSR's ... check it out compared to before.

More tweaking but on the front of the modular components this time. All this tweaking is about shaping the overall sound of my bass. It's how I want to hear it and there is no correct way.

Ok, fun stuff now. I  plug the signal from each of my active Wave Gens into a Saturator and mix and match my levels until I like the way it sounds.

I'm calling this my final Bass, of course it's really hard to settle on one set of settings because there are so many cool ones. I've done a little small tweaking of settings here. Try yourself to change the sound. Changing the waveforms is great. I left one of my Wave Gens as a Sine ~ because i wanted that round sound to balance out the more bite-y sound of the other Gen.

IMPORTANT CHANGE: notice that I have slightly adjusted the Cents knobs on all three Wave Gens... what this does is fatten my tone up a little bit... try it out... you will notice that there is an even counter ratio here...i.e a gen is set at -5 cents and another at +5, this is an old trick, fatten the sound but stay basically in tune.

here I do some changes on the DADSR's, I switch the Switches from Retrig to Legato because why not?... let's hear the difference... which because everything is fuzzed out and Saturated is pretty subtle, BUT if you go back to one of the earlier modulars in this series you will hear a big difference.

Here I made my Gens Square waves, I tweaked a few other setting to taste. Just a different sound idea.

open for users to copy and mess around with new ideas.

Please feel free to ask questions, I did not get into exact details of the DADSR modulating the Filter so if the way they act together has you scratching your head let me know.

After writing with this modular along with a beat, I came up with a few alternate versions... check out the changes.

Just the tips of win u do this and this happens type of info. I gotcha!!
i have had about as much memorizing the theory of mannual applications as if reading it. I did/ and will re-read this quite a few times. Just sum of us gunho people we need help. if u can load visual 2d imagery sumtimes this helps for mental association.

I often wondered since sum of the nobs on a few of the machines r they similar? do they all share the same rule of thumb win this happen this happens as for the modular?

Sooo a resonant Lp filter? Could any of the other filters work with this basic build? Sorry but stuck on mod 3. Why cause u don't directly say what plugs where. As if i'm gonna use wave gens what plug wires go where?? And does the clicking of the sound ever change two something with lil more hmph too it? And the crossover!! I add it. But the mixer u don't really give what size mixer should work two. Sooo can i get by with the smallest mixer for this concern or the making the bass???

As u can tell i have refused two download ypur build if this is the same guidelines i assume just follow your every step u made. But i got too many questions u doing this tutorial.

It would be easier to see if you downloaded the file but if you don t have space...

To remove the clicks you can also switch the envelope plugged into your gen to Legato. The Resonant filter works the best for removing the clicks of all the filters but to make the initial attack louder (the clicks), try any other filter and crank up the Res on that one. I think what you are after, however, is a louder initial attack that quickly ramps down without having the "snapple, crack, pop" sound? This can be created by using the envelope setting and accentuated by dialing the Cutoff on a filter to the frequency at which you want to hear the boost and by then bringing up the Res to a satisfying level. The cutoff defines the frequency and the res adds a short level boost at that frequency.

For patching, general rule of thumb :

CV (note) plugs into the Note of the gen

Envelope into the Mod of the Gen

The output of the gen into the input of the Filter

the output of the filter goes to the Modulars overall sound output.

in this case I put in a new DADSR and plugged it into the Cutoff and Res of the same filter the Gen is passing thru....

But you could also plug your Gen into the Cutoff of the filter and try plugging a Sub Osc. or LFO into the FM or Am of that Gen... just one example of different patching.

As far as crossover and mixer goes, it's hard to explain without you looking at the file... usually one would split the the signals out of the Crossover/spliter to two different inputs, such as a filter, and then rejoin them in a 2 or more input mixer...the mixer size depends on how many inputs you need.

In this case I just ran the high and the low outputs of the Crossover into a 2 input mixer and out to the Modular's overall sound out. This is a subtle use of the crossover and doesn't do a whole lot to the sound... just a mild way to emphasize the high or lows. for more dramatic effect try running the utput of the high thru one type of filter and the low thru another type of filter... back into a mixer and to the main output... this way you can hear the effect and decide what you like better.  However, as a said above you don't really need to follow this step.

Anyway, Dert, I was thinking of you the other day and will put up a modular for you in the presets that allows you to get some sort of cool synth percussion sounds later this week.

Forgive the typos... I have to get to work but I didn't wanna leave you hanging so this is "non-previewed" reply.

Derrti, download the project file, and it will make more sense to you..... 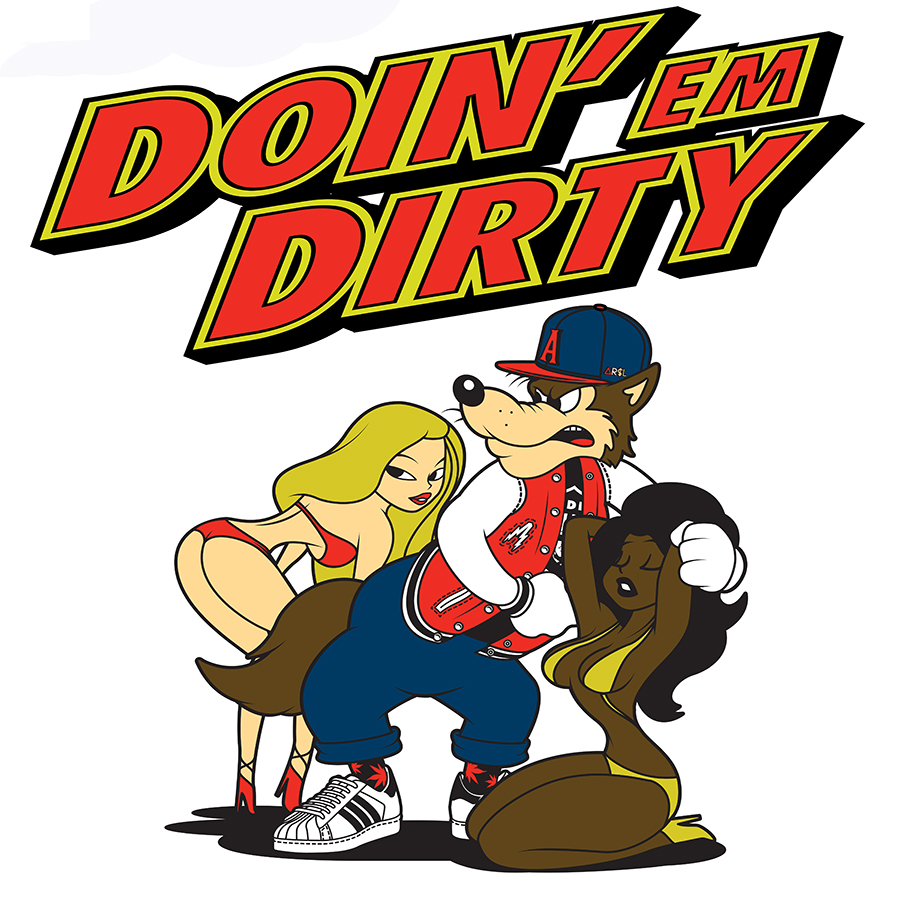 My problem of late with the modular has been my evelopes with generator. Not connecting much at all. Last nite i watch the tutorial again. ((( tired of looking at the same video expecting new ways two do old stuff i keep not keeping in my brain. )))

But, the file semi help. I was working on taking word from word step instructions which i'm terrible at.

What's yr problem with the envelopes?

I very much appreciate that bro, but you know how it is, sometimes you don't know what you don't know, and what you broke down.....yeah, I wanted to know. so, thanks!