This is a question but it's about tips and tricks. I've got a song with a bunch of patterns and I wanna shift the entire song up a half step. Obviously I don't want to transpose the drum parts. But everything else I'd like to shift up. There's a lot of automation going on in the patterns but nothing at all on the song sequencer. All the notes and automation is within patterns and I just have pattern blocks on the song editor.

So what's the best way to transpose this song? Thought about exporting to midi then re-importing but I have a lot of automation and I'm not sure that would survive the reimport. Otherwise I'd have to go into each pattern and move the notes up. Other idea was to tune all the machines up a semi tone but I'm not sure I can do that in all cases.

Global transpose per-machine would be an AWESOME feature...I know there's a per-pattern transpose if you long press the pattern number button. I probably have under 50 patterns I'd need to transpose for this. Before I start going through and bumping them all up manually just wondered if there was some amazing tip you guys had.

For many reasons, there is no global transposing here. Goto each synth machine with musical elemental content, SelectAll Notes, and shift accordingly to the new desired key.

It's not as hard as it seems, once you get in the groove of the process.

yeah I can do it, I don't have to "select all" though, right? I just long press on the pattern numbers and hit the transpose button right? And just do this for every pattern on all 8 machines (in this case)? Or are you saying there's some way to select all the notes in all the patterns at one time per machine?

Your method is correct, I think Jason slipped on the words a little.

Pretty much what he and you said, select pattern number, transpose the lot. :) 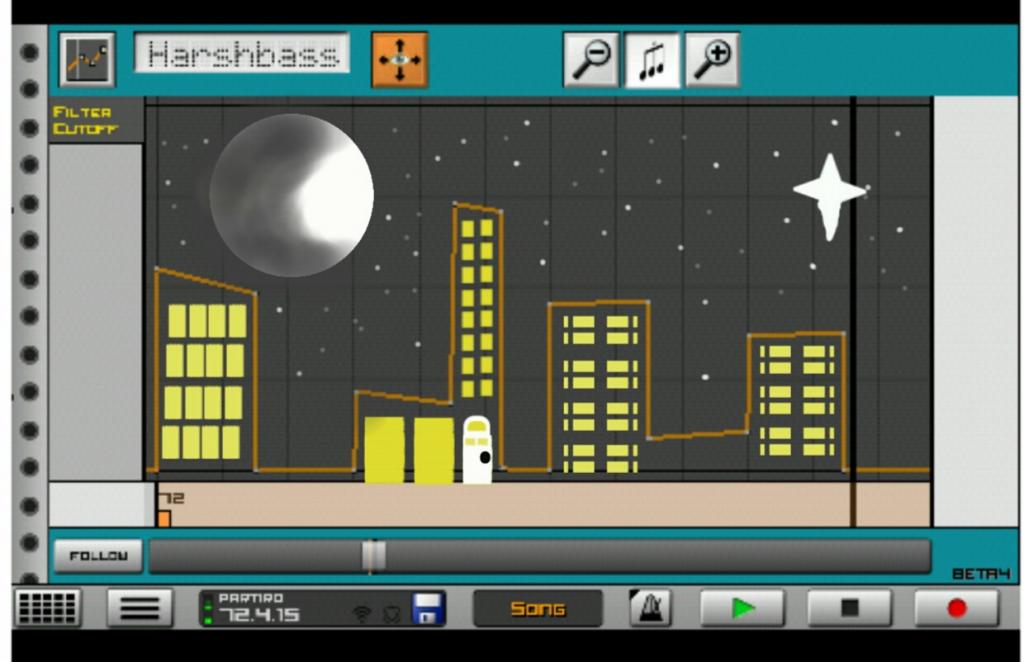 If the song is complete and all patterns in place, you could export the stems and reimport each one to its rightful machine and delete all the patterns, then select all notes in the song editor piano roll and move them up. Whichever way, you got a pain in the ass waiting for you

I was worried about automation with that method. Does automation get included in the midi as CD data?

Yes I see there is a "global" vertical and horizontal pattern shift feature in the Pattern Editor.

The SelectAll method also works, my words are correct.

I forgot about that little feature addition, saves a step.....

I also find that if I'm not careful with quantization setting I end up either taking things off grid or accidentally quantizing things that are supposed to be off grid. If you want to move things up or down and have them keep their timing...you have to have nothing selected, then enable quantize if it isnt already, the select, then move. If you select and then enable quantize it quantizes everything. If you move up or down without quantize being on then its almost impossible not to slightly slide everything left or right. So I don't like moving entire groups of notes up and down.

In fact...gonna suggest a keyboard shortcut over in the requests forum....also I'm not sure why the transpose function is tucked away where it is instead of being under the qtize button where there's plenty of room for it and it could be used to transpose only notes that are selected....maybe even up and down "tspose" buttons that can be long pressed to jump a full octave...

Hold on gonna test something...

Ok so I see it shifts or transposes the entire pattern unless you enable "selection only" but it can get a little fumbly backing out of this area every time you wanna make changes to the selection you're transposing or shifting...yet there's a clear space for 4 buttons under the qtize button...hmmm seems like these functions should be over there in the main editor area. Also....maybe a long press on pattern bank A or B could not only bring up shuffle override but also a transpose up/down for the entire bank.

I knew that, but there was the better method, which you slipped on.

As far as I know, automation doesn't get exported with the midi information, so if you place every stem properly, and remove the patterns, the original automation will remain intact. As for transposing, just make sure no notes are selected, turn whole note quantize on, select all notes and zoom in to move them up.