The modsynth patches here all have one thing in common. If you mix the output and inverted output of a DADSR envelope generator, in equal proportions, the result is a constant control signal which you can adjust with the mixer output. It makes no difference what you do with the envelope controls, or whether it's being triggered or not.  Always the same control signal. And this is pretty useful.

Modsynth 1. A two wave generator synth. Playing with the output of the 2>1 mixer = phase control of WG 2.

Modsynth 2. What do we want? An unsynced LFO that's slower than a miniLFO even at 30 bpm. When do we want it? Here's one. One wave generator for audio. The other one is detuned (almost) as much as possible (well into LFO territory) and is modulating WG1 pitch and a ladder filter cutoff. The 2>1 mixer output controls LFO frequency. You can swap WG2 with anything else with a note input. You'll lose the pitch mod input, so it won't be quite as slow. Fine for growl. If this thing isn't slow enough, insert another mixer between the 3>1 mixer output and WG2 pitch mod and boost that signal some more. There's a miniLFO in this patch doing nothing. Try running it's output into the 2>1 mixer mod input. Set the mixer output to max.

Or. Link up anything with a control input to one central controller. Have fun. 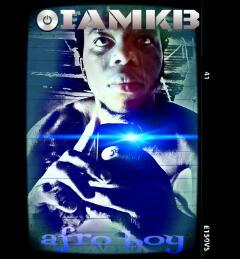 Good stuff Paulovski and thanks for sharing.

A rich vein methinks. If you assign a CC number to the 2>1 mixer output of the first modsynth here, then send that CC in via a midi controller, preferably with a pitch bend wheel (there's a clue), you get + or - three semitones which you can record.