Did someone say cheesy? Ok!

Lady's and gentlemen, may I present...

Edna Oldtimer performing one of those evergreens from her youth on her dear 70's home organ.

Haha I see that Hammond Chord organ there in the picture..... their short-lived transistor stage.... but you can't beat a genuine tonewheel...

Those guys were like early workstations but the beatbox and the rhythms they produced were just terrible. Most of them became dustcollectors and that was probably the best. Some of those I knew who owned one of these couldn't even walk and talk at the same time, and they were supposed to play bass with their feets, chords with the left hand and melody with there right. Well you get the picture.

Anyway this was great fun to do.

This is good cheese.

This is exactly what I had in mind when I got the idea for a cheese challenge...  Awesome.  Impressive really, all the work with the subsynths!  Now what time is "Murder She Wrote" going to be on?  My arthritis is killing me.

My daughter said, "That was funny", so you got a 12 year old to laugh! haha She heard it in the background and didn't know what the heck I was playing.

Bravo! My uncle had one of these "dustcollector", with only one keyboard and 8 rythm patterns. When I was  a child, I remember trying to push two buttons at the same time to make some unexpected breks. Anyway, your drums sounds far better than the real one as far as I remember.

Can I pull out my ear protection now?

My great-grandparents had one of those, with the horrendous beat synthesizer built in.  I remember switching between the like 5 different beats labeled "samba" or "waltz", and thinking they all sounded like crickets.

^^^^^^^^This!!!  I did that too, not just on those cheese box organs, but on old Casio and Yamaha personal keyboards.... I hacked into my Casio HT-700 and got all kinds of cool sounds outta it 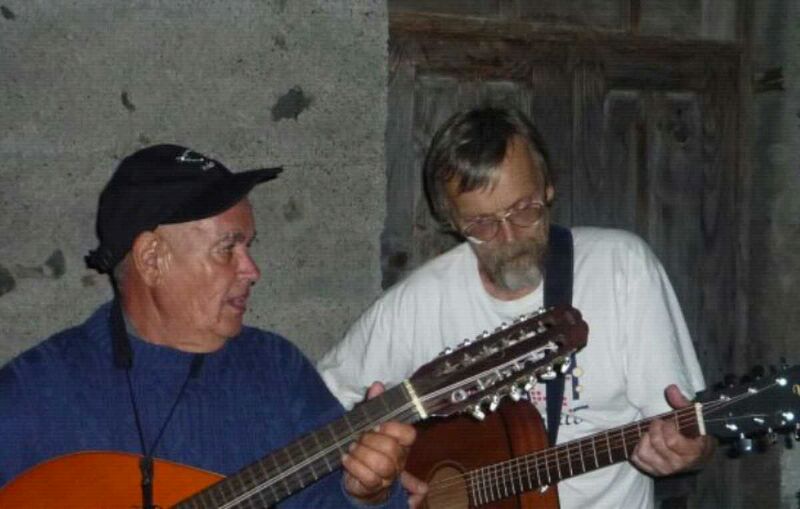 Me too I like it a lot, reminds me of a local dancehall in Northern Friesland, where fishermen and islanders used to get drunk with this kind of music! ;-)

Even though this song is terrible I think I did a decent job emulating this type of machine.

I figured someone else may want to play around with it (oh yeah! Caustic Cheese emulator V1.0), so here it is...

My song is still in there so you have to clear the patterns I used. The melody is in the sequencers piano roll.

For those of you who haven’t played with one of those organs I will try to explain how the worked.

The bass was played on pedals with your feet’s, there were only one octave of this pedals. You could have the ‘computer’ play a bass line for you, in this case you just played the base note and the computer made the bass line from that. Those bass lines were very basic and there were never any variations, to simulate that you just create your bass line and transpose it to whatever note you want to play.

The lower keyboard was used to play chords on and you could have two presets assigned to it. One preset was the sound you played and the other was used for the computers rhythms.  Since the computer played the same chords as you but with short rhythmic stabs you need to make sure you always play the same chords on those two. This function is simulated with the two tracks named ‘CHORDS’ and ‘BANJO’.

The upper keyboard was used for melody parts. This track is the only one your free to do whatever you want with.

There is a free (unused) track there that you could use for preset changes during your song, or why not throw in a sidekick on flute or something.

The sound settings in the mixer is that bad to emulate a crappy speaker in a rather large cabinet so don’t mess with them too much.

Have fun, I did

i had an aunt and uncle who had one  it was pretty complex as i remember with a lot of buttons and pedals and two keyboards ...i was facinated.