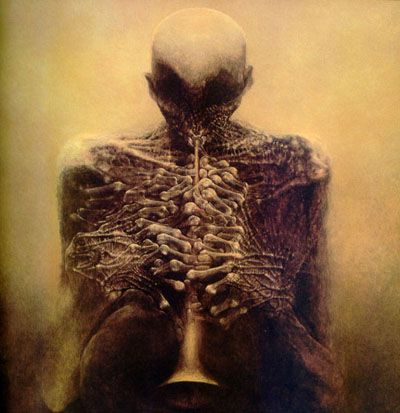 It's there a easy way to decipher which automation is which in the fx in song mode. Sometimes I have a ridiculous amount and lose track. Finding myself going through the tracks separately which becomes annoying

How to insert measures in sequencer what was not helpful ?

I haven't found a way.  You could have 7 different MF automations in FX1-7 but no indication of which machine they are affecting, when you look at Song mode automation.  Maybe I'm missing something easy.

Do you think that in the pros programs, automation is easier? Frankly Rej added the tables to quickly move from one track to the other, also a way of not getting lost would be to customize the machines with an easy to remember name. Caustic is already intuitively in itself, so I honestly I not see for more simple ways to make music. I remember the version 2 where there are there were not things now, such as the automation screen, and so it was not easy to stay in time to make an excellent automation, and if he was wrong you had to correct reregistering automation specific, not like now that you have the opportunity to see how the automation behaves. Also this fú a group effort because Rej sought help users to decide how it must have set the automation screen (both in song mode and in that pattern. Remember one thing: this is still an application to make music, so it's it should be a bit complicated, and it seems that Caustic has a fair balance between the intuitive and difficult to do some things. :)

Yes, I don't think either of us were complaining.  Subkonchess was just asking if there was something they didn't know. I was just saying that I hadn't found a way. I like the tables a lot, it really speeds things up. In that one area, the FX bank, there is still a non-intuitive situation where the labeling of automation key tracks have no indication of which machine slot they are modifying. It's a fact, not a complaint.  By putting it out there, we may find someone has a good suggestion for us for how to work around this.

I am pretty sure this boiled down to a UI limitation. As a dev, it would be pretty intuitive to add the machine name, that would then take up 3 lines.

If you think about it, more often then not you won't have duplicates all over, yes you will have them but at the same time not. So Rej probably opted for the more compact route to only show, effect type and control name.

On the other hand, it may just be an over sight on Rej's part that it can get weird without having at least the index for reference.

There is no work around other than adding your automation in order so at least you have a ref that way (which is unreasonable :) ).

At the current width, you couldn't even add an index to the effect name, which would take 2-3 characters if you included a space.

@Mike, you hit on the idea I had about display order but it would be hard to know in advance all the FX automation you may want to do. However, given the display restrictions which you describe, if the display order matched the order of machines in the FX bank (with no added labels, just a matter of sorting) it would be easier to sort out what's what if you added automation late in the process.

@anyoneelse, please don't respond as though I'm complaining about what I have. You can read the history of my posts and I am nothing but grateful for the opportunity Caustic has given me to rediscover musical creativity.

@JHSound, Ok sorry, any suggestions? I do not have it ... for me is simple. I follow the table. It is very tidy and helps me a lot, so much that I do not need to navigate between tracks. One thing I do when I use the automation is to imagine the automation table as if it were a rack system, in this way it is easier to orient me.

@DZ, the original question had to do with FX automation. The table doesn't help with that. In Song mode, in the FX automation screen, the list of controls being automated has no indication of which machine slot FX the control is for.  It's OK, the original poster was just looking for a way around it and there isn't.

I thought it you just moved a machine (not replace one) the effects on that machine changed slots with it... I'll have to check, I might be wrong but I think I would have noticed on a track I did recently where I rearranged the machines for organisational reasons... Yep, don't make suggestions you haven't tried, everything changes slots when you move a machine, so you CANNOT easily determine automation track by moving the machine around or change which effects are on which machine that way