Hey all, I'm new here. Hi. I've been using Caustic for about three years. Wonderful app. I figured out something that might be useful to the Caustic community so I thought I'd share here. Maybe this has already been thought about but I can't find anything on it.

I apologize in advance if this doesn't make any sense, just tell me and I'll try to make it clearer!

Enter the 192nd note. It's never really called that - it's usually called a 128th note triplet. Three of which make up the value of a 64th note. Currently the 64th is the shortest time division you can directly create in a piano roll.

However I'm fairly sure the 192nd note is actually the smallest time division possible in Caustic 3.2. I think it has something to do with the shortest triplet note available (triplet 16th notes, or 24th notes) and the shortest, uh, non-triplet note available (the 64th note). 192 is the least common multiple of 24 and 64, so it's like a common unit of time for all possible note values.

I figured out that you can bump the start of a note forward by the value of a 192nd note by inching it forward three 64th notes and backward one 16th triplet. More explicitly: 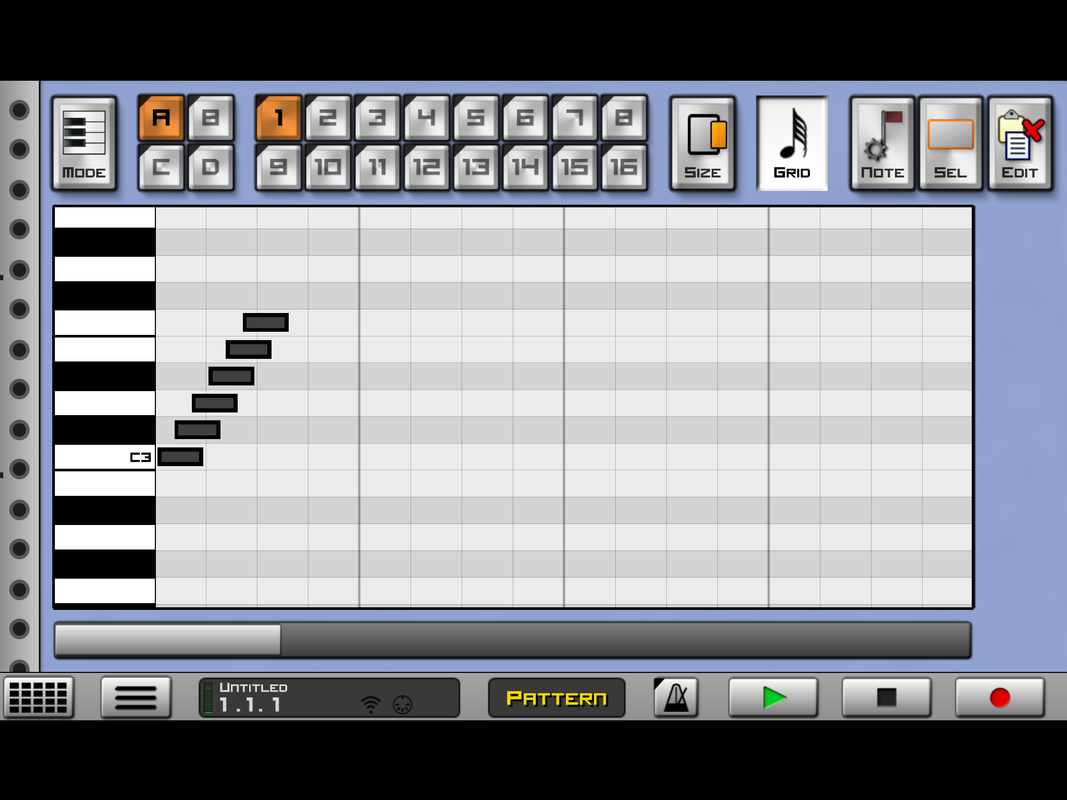 As you can see the notes kind of run together - you can't shorten the note duration past a 64th note. It sounds pretty messy. However you can make some other note timings with this knowledge:

And some tuplets, from which you can make interesting polyrhythms:

3:5 8th note tuplet (three of these notes have the same duration as five 16th notes): Forward three 16th notes, back one 8th triplet

3:5 16th note tuplet (three of these notes have the same duration as five 32nd notes): Forward three 32nd notes, back one 16th triplet

Here's a picture of all the tuplets in order: 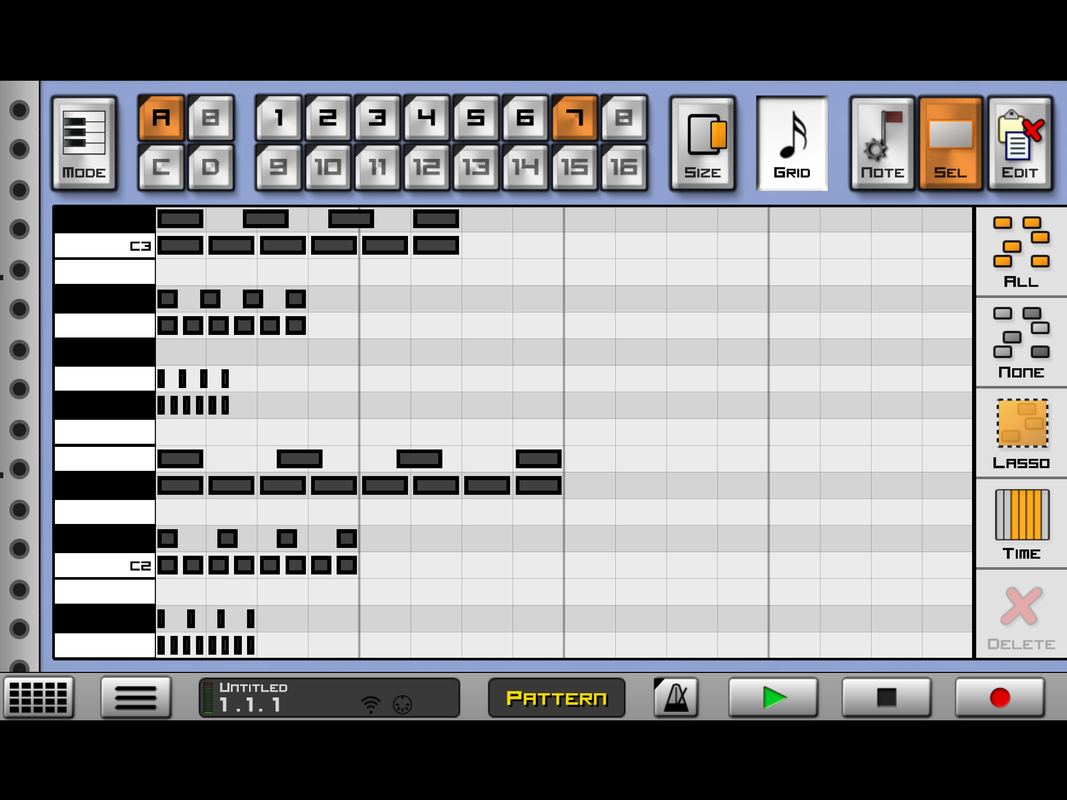 Yeah so this is pretty insane but thought at least you might get a kick out of it. Let me know your thoughts!

If you don't need quantized notes, there's another hack that allows for notes as small as you can make them, up to 512 per measure (513 will crash the app hehe).

1> Start with 2 measures and a note placed at the start of measure 2 as in pattern A1
2> Zoom in to 64ths, turn quantization off, and nudge the start of the note so that it's just inside of measure 1 as in A2
3> Switch pattern length from 2 down to 1 and it will trim that note and leave a tiny note like in A3
4> Copy and paste like a crazy person to get patterns like A4 and A5 :-)