Today, I decided to do some guitar modelling,

I got some ideas, so I fired up Caustic 3;

Enjoy -- oh yeah, did it in three hours 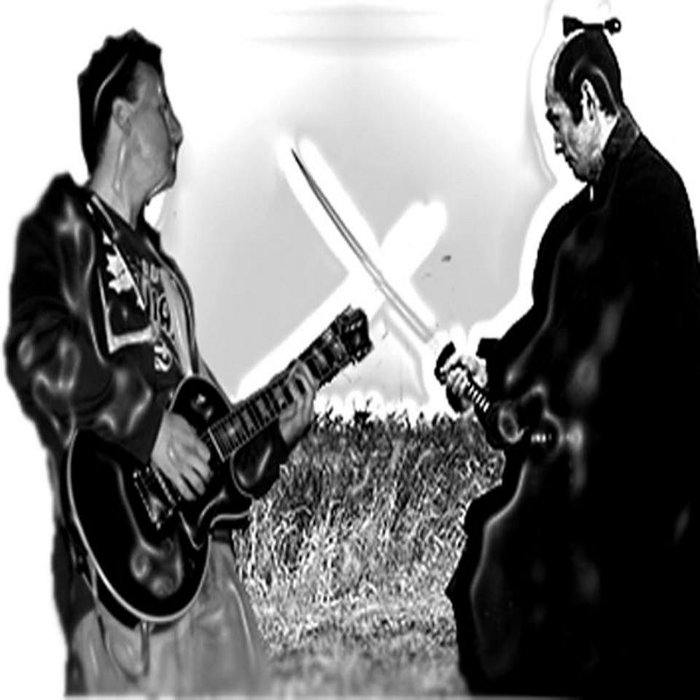 Really like the drums.  Guess the groove is what gets me.  This gives me visions of someone melting faces with their keytar. 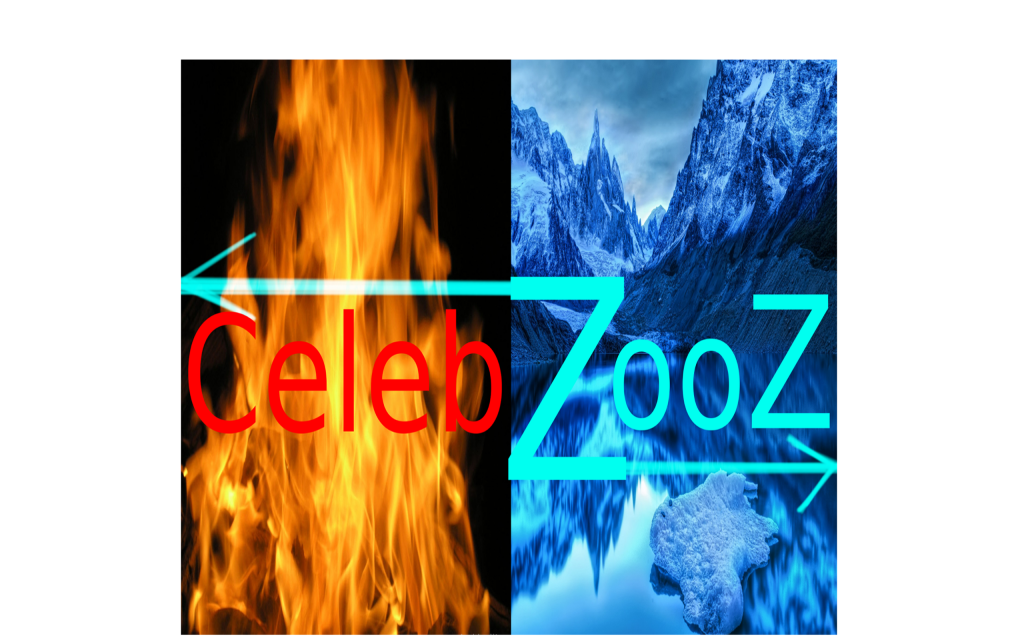 Very nice! Its amazing to hear an acoustic sound coming from a primaryly electronic app!Well done

How long does it usually take to make a song for you? 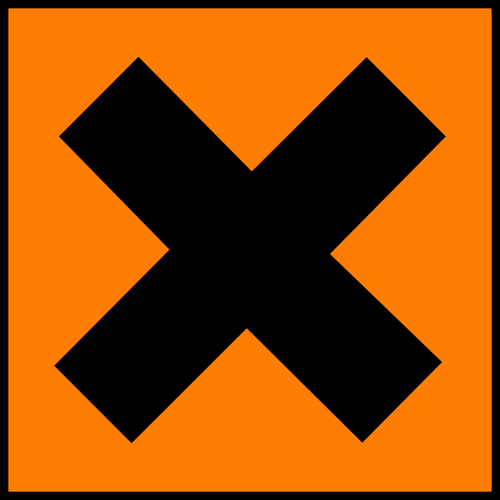 How the hell are you even using caustic 3 the rc2 exe and apk are expired and wont open for me wwf. No mention of release date anywhere I can find either. Wtffff

Goto this forum and look at the top sticky.

And this thread exlpains your last comment about the release date.

If I'm perfectly honest I think it sounds bad! Use guitars to make guitar sounds! The dynamics of guitars has never been translated well into keyboard, let alone a telephone app! It just sounds artifical with that 70s keyboard solo (keystabation / guitarstabation)...

It's a bit like when a Robot looks mostly like a real person you hit that uncanny valley where the brain rejects it more than something that looks utterly artificial.

I did an experiment like this a while back, but got bored of playing so many notes, but if you take the notes that a guitar plays when you strum say an E major open chord (6 different notes), and play one note after another in very short succession using a distorted sound you do end up with something that is close to a guitar noise... Of course if you are stumming you then need to do the reverse back again... and so on. And you can't just transpose these notes for different chords as different chords are play different notes.

Actually a guitar machine might be the solution to this, you can choose the guitar type, what chord shape you want to play on what fret, pick a strum pattern based on the tempo... And it does all that horrible manual stuff I did... That might just work acutally!

All that said... Drums are nice.

Then your chords would be

That would be cool actually... I'd like to play with that!

I did create a strum in the patterns.... Much like u eescribed above. And yes you are right, there are so many dynamics and variables in a real guitar that is near impossible to replicate here, but what I made here is not a bad start.....

To pull it off successfully you do need to know some guitar theory..... This test was just something slapped together to see if I could even make something sound anything close..... As far as Im concerned, C3 is the only app that lets you take a synth patch and make a rockin' guitar rig out of it.

Hammond organ simulation is much harder....... But thats another day...

Hey a guitar synth is a good idea, to better control the strings and fret handling for sure!

>  The dynamics of guitars has never been translated well into keyboard, let alone a telephone app!

Since you seem to be critical here, this "telephone" app is a synthesizer just like a digital keyboard synth. Other than comparing an analog synth, there is no difference with Rej's DSP and a keyboards chip DSP.

So what Jason did is something, maybe others don't have a guitar, I think your statement was kind of one sided, obviously you have experience with a real guitar, that's great. But what about that pre teen experimenting with sound, are you just going to tell them to pick up a real guitar, or don't even bother?

" But what about that pre teen experimenting with sound, are you just going to tell them to pick up a real guitar, or don't even bother?"

I would recomend anyone and everyone picking up a guitar! You are forced to understand a bit of theory, you can play it with other people and it's inherently cool! I accept, when I was at house parties mobile telephones didn't exist, let alone a smart phone, however, I would still wager today that a 17 year old picking up a guitar and knocking out a couple of tunes is signifcantly more likely to get laid than someone showing off a tune they did on their phone... however... I digress!

At no point did I say the experiment was not worth while, the output simply wasn't as good as a guitar. If you want to emulate a guitar... just get a guitar! They're cheaper than mobile phones and (a per my previous statement) sexier!

That said, it's got me back on this again trying to make a phone sound like a guitar! So like Jason, probably about to kill about 3 hours of my life messing about with this when frankly I should be playing guitar... well... actually I should be working... But hey.

Anyway I didn't mean to upset you Mike, just being honest, you'll learn this about me I'm sure! If I think something is good, I'll say it's good, if I don't like it, I'll say I don't like it, and importantly, why I don't like it. Nothing is improved or progressed without honest constructive critique which I'm pretty sure is what I gave in my previous answer.

Peace, love, kisses and staring at a glowing screen! :)

Yeah, I was being devils advocate I guess, I wasn't upset at all, just programing at the same time reading and responding. hehe

When I said being critical, I was more speaking of definition (synths). It had nothing to do with "critique" of the actual content Jason made.

Probably a usless comment, at my age I know I "probably" shouldn't have written since it was going to have different meanings to different personality types.

Just had a bit of a play myself... Not trying to hijack this thread, just think it's an interesting bit of experimenting. Completely different style of guitar playing in this one...

Personally I think its better that caustic doesn't have a guitar to play onscreen.That job is for other mobile DAW's,(like garageband)and caustic's synth only design makes it unique. And to Rob,maybe you wouldn't be so popular if you played your new mix out of your phone's rubbish speaker's,but what about mixing it at a turntable?Just a thought

Lol hey its all good...no offense taken..... I have spent decades using various tools to model instruments from a complete synth perspective just to see if i can do it..... I merely was showing the Caustic can do it..... With its limitations of course, but for quick easy grooves, one can pull it off.....

I briefly tried to do a piano the other day, but man i got alot to mess with to even show off anything worthwhile......

Hey that sounds good. U used sampled guitar and then run thru C3 effects.... Nice   and it's ok, I welcome any criticism good or bad.

hmmmm for quick demo grooves like this.... about 3 hours..... but you see, I promote the use of my sound design, and how using my sounds, enables users to quickly and easily lay down a track, with minimal time spent tweaking knobs and eq's and unessecary automation to correct sonic balance problems, that you find with most so-called "free" samples and things on the internet.   I create rich and deep stuff here, and I have alot more coming, as I explore some new ideas for Caustic that will inspire some new ideas about some things -- and this track is just a start of some things I'm exploring here....

Jason, you are a bad person... I have been spending more time on this trying to get it to sound right! Playing my guitar and trying to dissect what is going on...

Caustic doesn't have the granularity to make a regular strum work (at least in the pattern editor), 64ths simply aren't small enough, works fine with slow strums like my example above. However, the key thing that seems to make the difference it the velocity that you hit the string. So if you strum down, you hit the top E string (the one physically at the top not from a pitch perspective) harder than the E string at the bottom. And everything inbetween is a progression of hardness to lightness, so the top E string is max velocity and bottom E is less velocity.

The upstroke is the opposite on the velocities and playing these in quick succession, even with all the strings being hit at exactly the same time actually gives you the kind of variance you get from a guitar... Sort of...

Now, if you use this in conjuction with a muted guitar sound, you can make some really nice rhythms. It's a bitch to lay out though as you're jumping between two instruments. Much like I do with snare drums in the drum editor you have 50% velocity on one and 50% on the other and balance between the two sounds, this way you get a very natural bit muted to half muted to full muted guitar sound.

I'll post something up when I get it done, but this is proving to be entertaining and frustrating all at the same time!... And epically time consuming!

Turn off quantization and you can do strums as good as any daw can.

I hadn't noticed you could do that! Let me get back to you!

Better... but still no where close to being as sexy as a playing guitar! :)