here is the Caustic file:

I always have an 'empty' song in Caustic called Sound Lab. I use it to make presets but mostly to check out presets I've downloaded from here or bought at Google Play. Lately I have been trying to organize all the presets by category, creating folders etc. It's lot's of work but worth it!

I was messing around with the Glitch Kit and put a random string of 16th notes to fill in a bar. It sounded like a song I'd heard but it took me awhile to figure it out. 1983's Rockit by Herbie Hancock and Bill Laswell!
I didn't know much about it but it turns out that was the first 'main stream' song to feature scratching and kind of made it popular.

OK so now I had to figure out how to scratch Caustic. So this is more like an homage to those 80's sounds . The middle section is a result of me being inspired by the great pad/string sounds in Skarabee's recent 'season' tracks and the massive pad sounds in Mekanism by Matt Kwid. Also I've been really interested in old polyphonic synths the like the Oberheim Four Voice from 1976 . So to tie it in with the rest of the song, the middle part is where the rocket is free-floating in space...or maybe not.

I'm definitely getting a Hancock vibe from it, well done.

nice unique groove. I could hear this in a video game somewhere. Vinyl effect = awesome

Great track, Wardini! smart use of scratching and strings. It brings me back to the early 80's, with my first polyphonic synthesiser, (Korg poly 61)
Love the ambiance in the central part. And thank you for sharing your file. I think I will do the same... 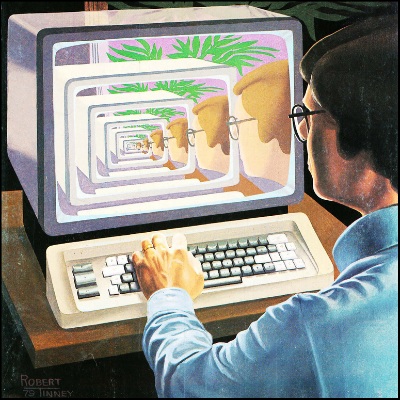 Awesome. Just flagged it as a favorite :)

The ending does a nice job of bringing it all together and I am going to need to use that record needle effect at some point :)

Thinking about posting my caustic files now too...

Thank you for all the kind words.

There was a post somewhere where a new user of caustic was looking for more song files to learn from,
and Mike saying he might develop a way to search for .caustic files in the forum.
I am going to try go back & post the rest of my files in my old posts over the weekend.
Most of mine will show what not to do!
;~)

In other words, they'll show an original and ingenious approach (^.^)

Woah! Super fun samples in this one! Ive been looking for scratch samples, very cool!